Dr. Dainess Maganda received her PhD in Language and Literacy from the University of South Carolina, Columbia, SC (2012). With graduate degrees in TEFL /Intercultural studies and Language and Literacy, her research interest with minority languages competing with languages of power in post-colonial era stem out of her ties with Tanzania- East Africa.  She was born and raised in Tanzania. Her research interests lie in the field of language, literacy and comparative education with special emphasis on examining language ideology, promoting linguistic diversity and creating literacy resources. Her studies mainly focus on advancing minority language use in schools, and explore ways lesser-used languages can have greater written presence in the lives of people. Her past research and publications include examining language policies in formerly colonized nations; facilitating the establishment of linguistically diverse texts in schools and classroom libraries within the USA, and internationally. Dr. Maganda is also a poet who published with international language activists, with such poem as “Who am I” by Orient BlackSwan publishers, 2010. She received the “Two Thumbs up Award” for teaching excellence at the University of South Carolina in 2010-2011.

The application deadline has been extended to January 27.

We have received a number of applications but still have room for more. Click here to access the application form. 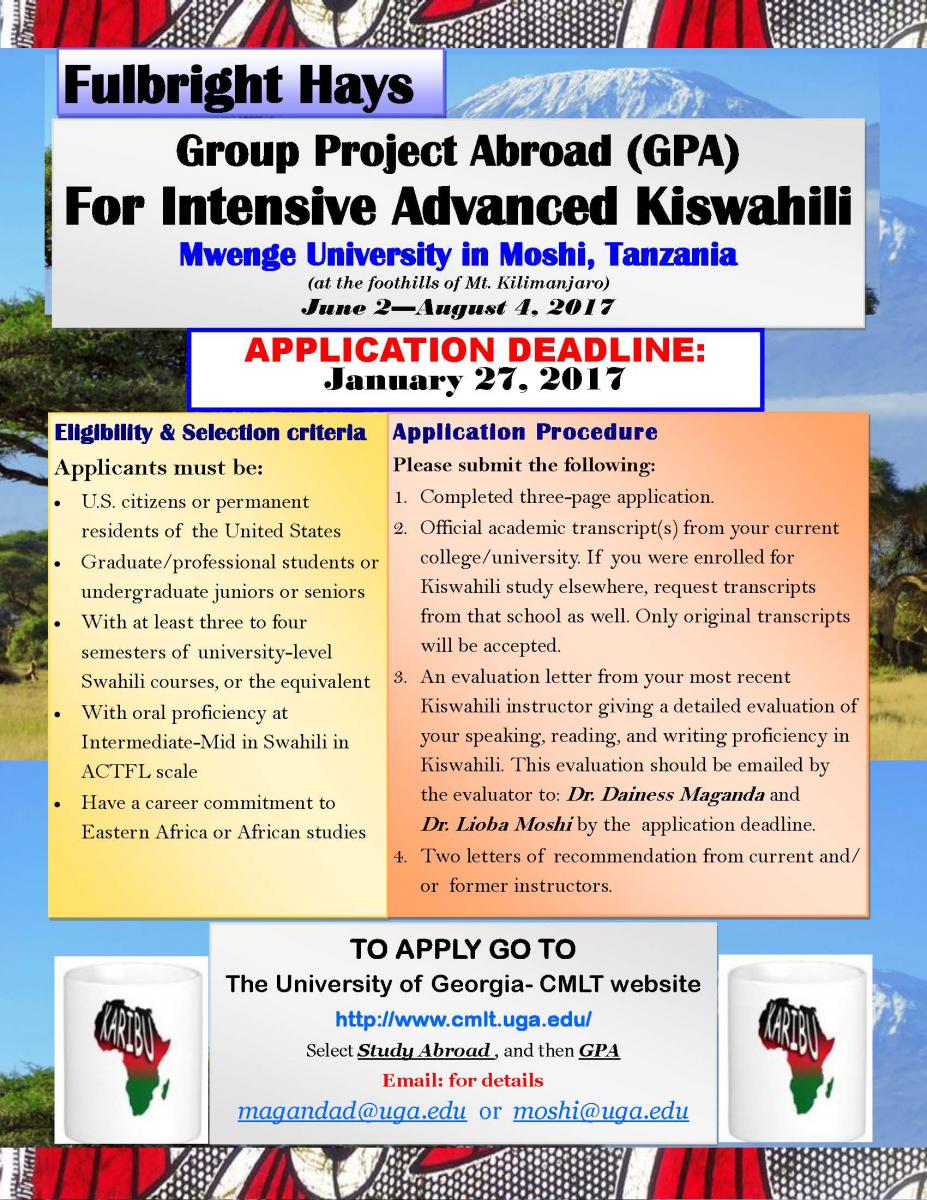