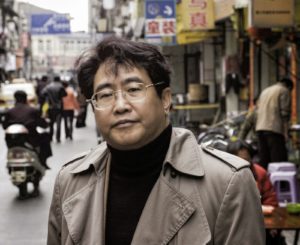 Qiu Xiaolong was born in Shanghai, China. He published prize-winning poetry, translation and criticism in Chinese in the eighties, and became a member of the Chinese Writers’ Association. In 1988, he came to the United States as a Ford Foundation Fellow, started writing in English, and obtained a Ph.D. in comparative literature at Washington University.

Qiu’s books have sold over two million copies worldwide and have been published in 20 languages. He currently lives in St. Louis with his wife and daughter.

The event will include readings by Qiu and a conversation with Nicholas Allen, Franklin Professor of English and director of the Willson Center. It is presented as the Department of Comparative Literature’s annual Betty Jean Craige Lecture. Betty Jean Craige is University Professor Emerita of Comparative Literature and a former director of the Willson Center.

The Global Georgia Initiative presents global problems in local context with a focus on how the arts and humanities can intervene. The series is made possible by the support of private individuals and the Willson Center Board of Friends.